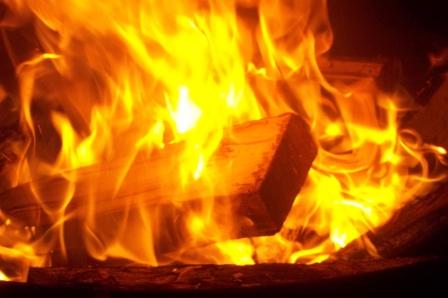 “You haven’t seen the raving me. The belligerent me that pushes the limits. The dark and despairing me that can’t stop crying. I don’t share those facets with people because look what happens when I do.”

I have been doing a lot of thinking and redefining myself this week. I am not only my illness, I am a wonderful vibrant woman with a lot to offer. But what exactly is that?

I do not know who I am. Who at the very core of me, is me. I have always been somebody;  child, daughter, sister, friend, wife and mother. Co-worker. Boss. Those are all designations that describe a being but they do not describe me.

The first time I should have been diagnosed with depression, in looking back with my great wisdom and knowledge of behavior, was in my early teen years. Oh the rage that I exhibited, the anger, the hatred, the words that streamed from my mouth ripping into the souls and hearts of those nearest to me. I indulged in self-destructive behavior, attempted suicide, not successfully nor even whole heartedly once my imagination kicked in. For in one moment I lay in a coffin looking up at the haggard and weeping features of my mom and my brother, and knew that I could never inflict that pain on them.

The demons that I fought throughout this time, while not the same demons others faced, were still just that. Demons that had some how found their way into my brain and their words were chillingly accurate with regards to how I felt. A failure, unworthy of love, so stupid, the ruiner of all that is good. I did not know than that it was a tape on a loop. Words spoken to me as a child that buried deep in my psyche would reappear when things got tough and I was unsure of my ability to handle the situations around me.

The second time was when I lost my daughter. I was five months pregnant. She was still born. I remember a lot of drugs, a doctor who wanted me to carry my child to term or rather until my body went into labor on its own. Despite the drugs I was coherent enough to tell that doctor that there was no way I was going to carry my dead child in my body awaiting nature’s course. No one knew what I was going through. I pulled into myself, slept twelve to thirteen hours a day, stayed up at night reading until my eyes burned. I was afraid to live, to be alive. I could not move forward nor was I willing to accept the help that others offered to me.

I wrapped myself in pain and misery. I refused to speak of her. I cried a myriad of tears for her and pushed my than companion away as he tried to comfort me. Again the words that cut flew from my mouth, darts finding the target and puncturing, tearing away the love and relationship we had.

My early twenties forward becomes a blur. I self-medicated, alcohol, drugs, men, anything that would fill the void that yawned within me. I looked everywhere for satisfaction, for fulfillment that can only be found when you look within. When you accept that those warts and funny bumps are all you, good, bad, facets of your being that become melded into the core essential being of self.

My thirties are a longer story. Marriage, a child, the first diagnosis of depression. Counselling and a better understanding of what was going on within my head. But even with medication it was not getting better. I was still seeking, still yearning for that elusive something.

Three years ago this summer I crashed. A variety of external circumstances colluded with my growing despair and belief that I could not do anything right, lead to a deep depression. I awoke one Saturday afternoon after a night of drinking and the blackness was there gathering around. I despised myself. I sat on the toilet, wrapped in a towel, shuddering sobs wracking my body and chanted over and over how I hated myself.

Monday I saw the doctor and was immediately placed on medication and sent off. Tuesday saw me unable to function. I had consumed muscle relaxants with my ativan and I could not even remember my name. How I got home I have no idea. Wednesday I was on leave. My than boss exacerbating the feelings of ruin and unworthiness.

It took two weeks for me to stop crying and sleeping all the time. My son worried nonstop about me. Trying desperately to make me feel better, to cheer me up. I would fall asleep on the couch at 7 p.m. and not awaken until 9 or 10 a.m. the next morning. I had no desire to eat. I took my pills, I counted the days and I began counselling. Slowly but surely, I began the road to recovery.

I faced some of those demons who had been getting a free ride all these years. I forgave and released the hold my father had on me. Even in death he was still whispering his vile words into my ears. I allowed myself the freedom, the ability to be angry with my mom for things that occurred and we did not speak for months. I needed time to grieve and heal. I began to realize that I was a good and decent person. That the looped tape and those others who tried so hard to put me in a box of their devising, it was alright to ignore them, to move forward and leave them behind.

So well was I doing that I stopped taking my medication in October of 2015, and for awhile there it was good. I was doing well. And than began that slow and inevitable dive into the waters of pain, fear, self medicating, the disbelief in self and worth drilling through the facade I had erected. And I fell. But that is okay. I had a safety net this time. I became aware of what I was doing, how I was sabotaging myself and I needed to stop. A visit to the doctor and the conclusion that this was to be the last time. No matter how great I feel, no matter how well the world connects around me, I must remain on my medication. I do not want to fall further, I do not want my son to feel as though he needs to be my caretaker.

This continues to be a journey of wonder and exploration. To finally see who I am. To see once the layers of all the characters that I am are peeled away; who I am at the core of my being. A writer, a dreamer, a prankster. A reader, a designer, a mother of one. The facets of me are varying and bright, dark and dangerous, and I look forward to seeing how they will all merge, becoming me. I await me, with hope and bated breath.

Words On A Page

A Home For My Writing

Its good to be crazy Sometimes

As Above, So Below; Stories of the Known and Unknown

An objective, no rules view into the nature of people's relationships and sexual lives, through in person interviews.

Beyond the Crypts and Castles
Point of View

The Romantic Ninja's words and doodles

This site is about my journey into male chastity. I hope to be brutally honest and perhaps helpful to others wanting to try the same thing.

There is always light in the darkness. Poetry and writings by Caeli McKamey to fuel the soul.

Life is a sensual dream that poetry brings into reality.

Ramblings along my journey, from suicidality, to, I hope, life

♠️Rip It Up & Start Again♥️

Try to live and not just exist...