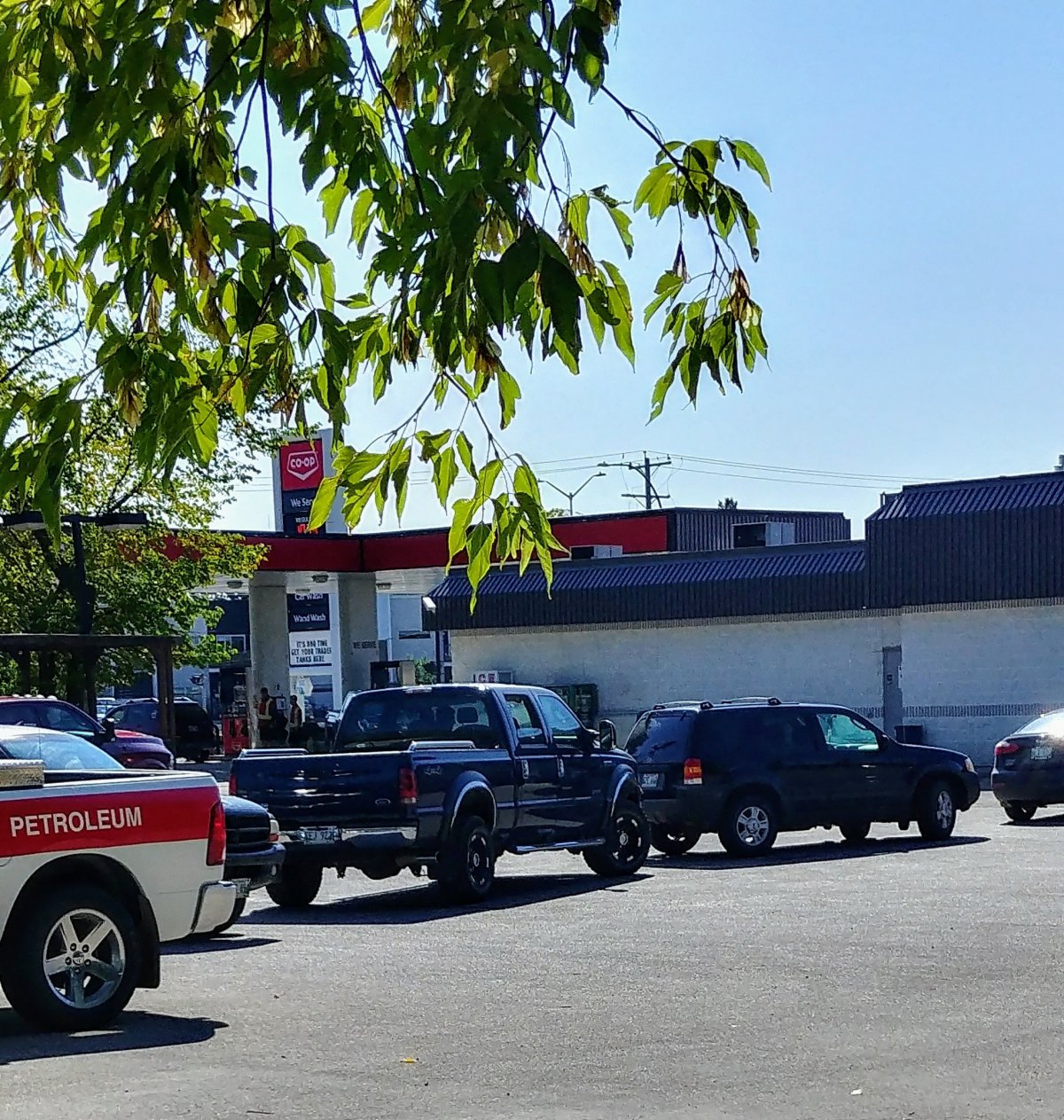 And like Pavlov’s dogs salivating at the chime of a bell, my body becomes flushed and there is a brief moment, when my heart lifts and hope rises, when I hear the throaty growl of an engine. I admit to peeping out the window on more than one occasion. But the fact remains, there are a lot of fricken trucks in my neighborhood with that throaty growl and they all use the car wash next to my house.

This sits on my fridge. T wrote it in grade 2. It is more fitting.

Beginning at the end of July and for three weeks I did not have T with me. He spent that time with his father. Three weeks. Originally I thought that I would be wild and free but the truth was that I was just a boring old mom, sitting at home without her child, living it up by reading and cleaning her house. And writing of course. It harkened back to the days of being childless but not quite (I mean my home was clean, no pee on the toilet, no lego waiting to maim and disfigure me in the middle of the night) but I missed T something fierce. The last time I was away from him for any extended time was in February of 2016 when I went down to see mom in Mexico.

So hedonistic I am not, most of the time I was exercising, reading or working. I would arrive at work earlier than I needed to (especially when I was opening) and stayed later than I needed to. I got to see T for two brief moments when they came in to work to pick up some groceries and spent an hour and a half with him on his birthday.  And when he stopped at work T said hi mom and than was off on a new adventure with his dad. I was glad that the two of them were getting some good quality time together and besides, it was only three weeks and than my darling boy would be mine for 3 weeks.

Needless to say despite having a fabulous day at work on August 19th, and who wouldn’t when they only had to work 6 hours and freedom beckoned at noon? my afternoon off started with a bang. I had implied via text that given my shift ended at 12 and that was when T was coming back to me, he should be dropped off to me at work. I waited half an hour, standing next to my car, cursing and fuming my ex. Firing off texts like ‘I am on a time line here, where are you?’ ‘Really? 2o minutes late and you can’t text me?’ to ‘Wth are you?’ There was steam coming out of me ears and curses from my lips.

Received a text from M who informed me that T and my ex were waiting for me at home. The ex had forgotten his phone. Well I raced home, squealed into my parking spot and went into full rage mode. I was foaming at the mouth and angry, so very very angry. I had wasted half an hour of my time waiting I screamed. I wanted T dropped off at work. I was on a time line and now it was going to be pushed back. My ex kept telling me I had never said I wanted T dropped off at work while I insisted that I had.

The apology after I went back over our texts was galling. As I said, I never actually came right out and stated ‘I am off at 12 please drop T off at work to meet me.’ I inferred that as I was off at 12 I would like T dropped off at work. It made sense in my woman mind I am done at this time so I obviously will not be at home, bring him to work. It was pointed out to me that despite having been married to me for 14 years, a man’s mind hears, blah blah blah, 12, drop him off-blah blah blah. So yes I said I was sorry.

Finally we are on the road, I have calmed down and all was right in Jay and T’s world. We sailed out to the lake. Got there before anyone else and settled in. As the family poured in, jokes and laughter were the most prevalent noises heard. And the family birthday party was a total blast. Up to and including the baby bro setting off fireworks and nearly killing everyone in the family as the finale went off straight up and than straight out in a burst of sparkles. I wish the picture of him just standing there, curled into himself like a giant bear, had turned out, because it was really too good not to share.

T came back to me not the T I had left with his dad. He was surly, belligerent and obnoxious. He back talked mom, he was not pleasant to me at all and it cumulated on Sunday with a horrific row when we arrived home. It took me a week and leaving his birthday presents at the lake to make him somewhat the polite helpful young man that he is with me.

I fairly danced through the week. T and me were getting there. There was less whining when I asked him to feed the cats and more ‘sure mom’. And holidays they were acoming. Two weeks of bliss while I vegged, hung out with T and lived the hedonistic lifestyle I thought I would indulge in back at the beginning of August. Than comes Thursday night.

T is annoyed with me because he has to be in bed early. I started work at 5 a.m. and had to be up and out of the house by 4:35 to get T to babysitter and myself to work. I tuck him into bed and sing him his lullabye and crawl into my bed, ready for sleep. And as I lay there, I hear this noise. A small sniffle, a gulp, a heave. And than T calls out in a wavering voice: ‘Mom?’

He is in bed sobbing his heart out. And he wants me to call his dad and have him come give him a hug and a kiss. Right than. And I admit I was not thinking about T when he spoke those words to me. I felt a sudden breaking of my heart, and a brutal anger rip through me. I live for T.  He is my heart and soul. I am only half alive when I am not with him. But it is his dad that he wants.

I made a grave parental error that night. One I am sure I will make again and again as T grows and changes. I demanded to know why he needed to see his father to give him a hug and a kiss. Had he cried when he was away from me for three weeks? He had not text me or stopped by to ask me for a hug and a kiss.

I was vile. I was jealous. I was angry. I was hurt.

Friday I ‘forgot’ to text his dad before we left for the cabin. And when T twigged to it I placed the onus on him for ‘forgetting’ to remind me. What type of a person does that to a 9 year old child? A jealous spiteful bitch that is whom.

I did arrive at a theory that helped calm me and when I have expounded on it to others (my inner circle lol) they are all quick to agree with me. Which now that I think about is really only the right thing to do so clearly they could all be wrong.

It does not soothe the sting I felt again on Wednesday this week when Tember sobbed his eyes out wanting to see his dad for another hug and kiss. Nor did it keep me from asking T if he wanted to live with his dad because well, selfish and bitch again come to mind, but it is there.

This must become my talisman. My mantra if you will. So I can stop hurting T with my anger and jealousy when he needs to ensure himself of his father’s presence. So I can be mature and reasonable.

Ha! As if……..but I will use it to keep T feeling safe and secure. And not as though there is anything wrong with his desire for a hug and a kiss from his dad, even when it is my time with him.

Learning Motherhood on the GO !!!

I'm a daughter, a sister, a wife and a mum but don't forget I'm me!