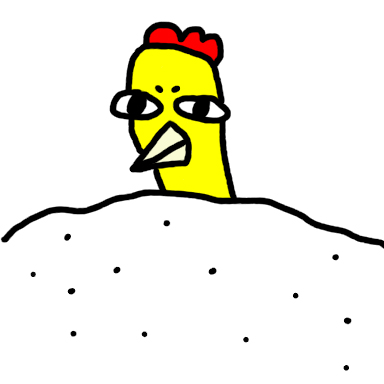 Went yesterday to the Ex’s to have him replace the two wheel studs that had broken off my tire when he put the snow tire on the rear driver side and my plug to plug the car in. Yes, Saturday, despite years of constant checking, I drove off with my car plugged in. The cord remained plugged into the outlet and the plug ripped free from the car. Ah yes, the shades of red my face was Saturday night when I arrived home from work, was hidden by the darkness.  The ‘Are you f***ing kidding me?’ as I shook my head and ground my teeth in frustration, was pure comedy.

This is also my week with T so I killed two birds with one stone and he came home with me once the Ex was all done with the repairs.  We also discussed a few things with regards to T, and how we were going to go together and help T out with a purchase of a gaming system that he wants. I am the lesser of the idiots when it comes to gaming platforms so I shall be the one doing the research and looking around for the best deal. T wants an Xbox 360 except I have discovered that Xbox has its next generation Xbox One out. There was also a discussion with regards to language.

Remember how T dropped the f bomb on me? Well apparently he has been really vulgar at his dad’s. Yesterday he was asked if he was allowed to swear at my place and obviously his answer was no. So they wanted to know why he thought he could swear while at his dad’s? I am sure that T is going to long for the days when his dad and me did not talk for no sooner was he in the car with his seatbelt on than the question was asked: I understand that you have been swearing a lot what is that all about? I don’t know, as he looks at his lap.

Look I am not an idiot. I know that he swears. I am not so far removed from my own vulgarity and the recalled horror of the one time I dropped the ‘f’ bomb on mom, but there is a place and a time. The place and time right now is not within hearing distance of any adult and only with your friends. As I said, I know it happens, I do not need to hear it too.

We talked all the way home with a few laughs. Found out how far he was in his Call of Duty game. Learned that a new one was coming out and soon all his on-line friends would be playing that and not the one he had. Which lead to a discussion about how he would have to earn money to purchase said game, that they were not free. I do believe that he is beginning to understand that money is not something that grows on trees.

Although it is only the beginning of winter, there is already a snow pile in both the parking lot of the gas station next door and a wee one next to the building. We were going over the rules of snow hills. No sliding down snow hills that are piled up at the street corners. No sliding down hills in parking lots. The one on the side of the building is okay as now no one can park there. (It is our visitor parking)

We are sitting at the red light discussing the rules. I look over and read the sign for a local restaurant: 9 pc Chester Chicken with fries and 2 liter pop $5 off.

‘And T I really do not want you to be run over by a chicken.’

I knew as soon as it came out of my mouth. And I howled. T looked at me like I had suddenly sprouted wings and repeated ‘a chicken mom’?

I pointed over to the sign and he read it and looked at me. I am giggling uncontrollably because I totally know what happened. I was saying the standard ‘I don’t want you to get hit by a car’ at the same time as I was processing the sign about the sale on chicken and those wires crossed.  This is not the first time nor will it be the last time it happens. I am the Queen of wires crossing and the weirdest things coming out of my mouth. I have asked people if they would like milk for their bags? Would they like cereal in boxes? Some days I think it might be better for me to keep my mouth shut, but the comedy is gold I tell you.

The start of our week was awesome. What with the laughing and snow hills and all. Just remember folks to watch out for those deadly snow chickens, you never know when they will appear.

One thought on “Snow Chicken”

Philosophy is all about being curious, asking basic questions. And it can be fun!

Erotica with no place to hang out

Tales from the mouth of a wolf

Loving everything that sparkles, is glitzified and shines in a reality type of life!

Just a wordpress blog for books

In His Service and Loving It