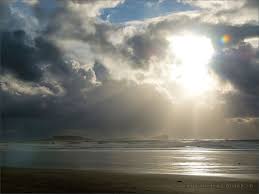 I have been having a lot of difficulty over the last couple of days with writing. I have written nothing more than texts. No poetry. No thoughts/revelations, a few points reiterated over and over again. I saw my doctor on Friday and we have a plan in place to get me the help that I need. I require a referal for a Mental Health Worker and that is going to take some time, so I am starting short term counselling on January 29th until I can get an appointment. The cousellor that I am seeing I have seen before so at the very least I am not going to have to give him too much background information. I go back to see my Doctor on February 2nd to see how I am doing.
Right now, every time that I think about work, I get anxious. My heart starts to race, I get all sweaty. I feel like I cannot swallow. I was suppose to go in yesterday however M brought me some groceries for T which gave me an excuse not to go in. Okay, so now switch it to I am going to call. Still anxious, when my phone chimes. I look down and it is my boss texting to ask how I am doing. I told him some days are good and some days not so good, but I will get there. Explained the plan that the doctor and me have come up with. Also mentioned that I still have heard nothing from insurance so he said that he would email them again for me. I appreciate that he is being supportive, however I know he and I are going to have a talk when I get back to work. That may be causing part of my anxiety. The other part is that I am unable to be around people and fake happiness. I am so tired of doing that.
I was writing a short note to my aunt and uncle to let them know how I am doing. As I was typing away I suddenly had another revelation. And this is one that kinda hurts.
Every revelation/thought that I have had, points back to my mom. And everything that I write seems to blame her for how I am. And that is so not true. So I believe that I have not been able to write because I do not want to hurt mom. Yet as I was explaining this to my aunt I realized that of course mom is going to have a bearing on how I grew up. She was my only caregiver. My behaviour will mirror hers. I told mom the other day that I feel like I am a cliche. Everything that I have realized all has to do with my past. Anger issues, denial, never speaking about my problems.
My god I just realized, I have had so much therapy and not once have I brushed on the reasons why I am the way I am. When I was 14 and angry all the time, most of which now I can see had to do with what was going on with my dad, I still wanted his approval. I stayed with him and his girlfriend for a short while, I am only just recalling this. Mom, me and him all went to therapy together and I do not think that anything was resolved. Between 16 and 17 I saw a psychologist. I still had unresolved anger issues that I needed to face. Well again, there was no touching on what my real problem was. And I learned to control my temper. So well that it was not until 2015 that I finally lost my temper and unleashed my anger.
I have had a Mental Health Worker before, counselling as mentioned about and I have seen a psychiatrist. With each one, there have been interesting aspects of me revealed. I have been diagnosed with so many varieties of mental illness that truthfully the only one that I am confident of is that I live with depression.
With these upcoming sessions I have a threefold plan:
Learn how to deal with my extreme emotions without self-medicating. So when I become overwhelmed that I have tools to help me to cope.
Finally deal with my past issues. I want to remember things other than what my mom and bro have told me. I know that I have great memories because I have had great people in my life for the most part.
Let go of the anger and hatred that I feel for my dad. I have been giving him way too much space in my head for too long, even if I am not actively thinking about him.
There are going to be a lot of tears. A lot of anger.  Hard days and good days. I am going to get there.