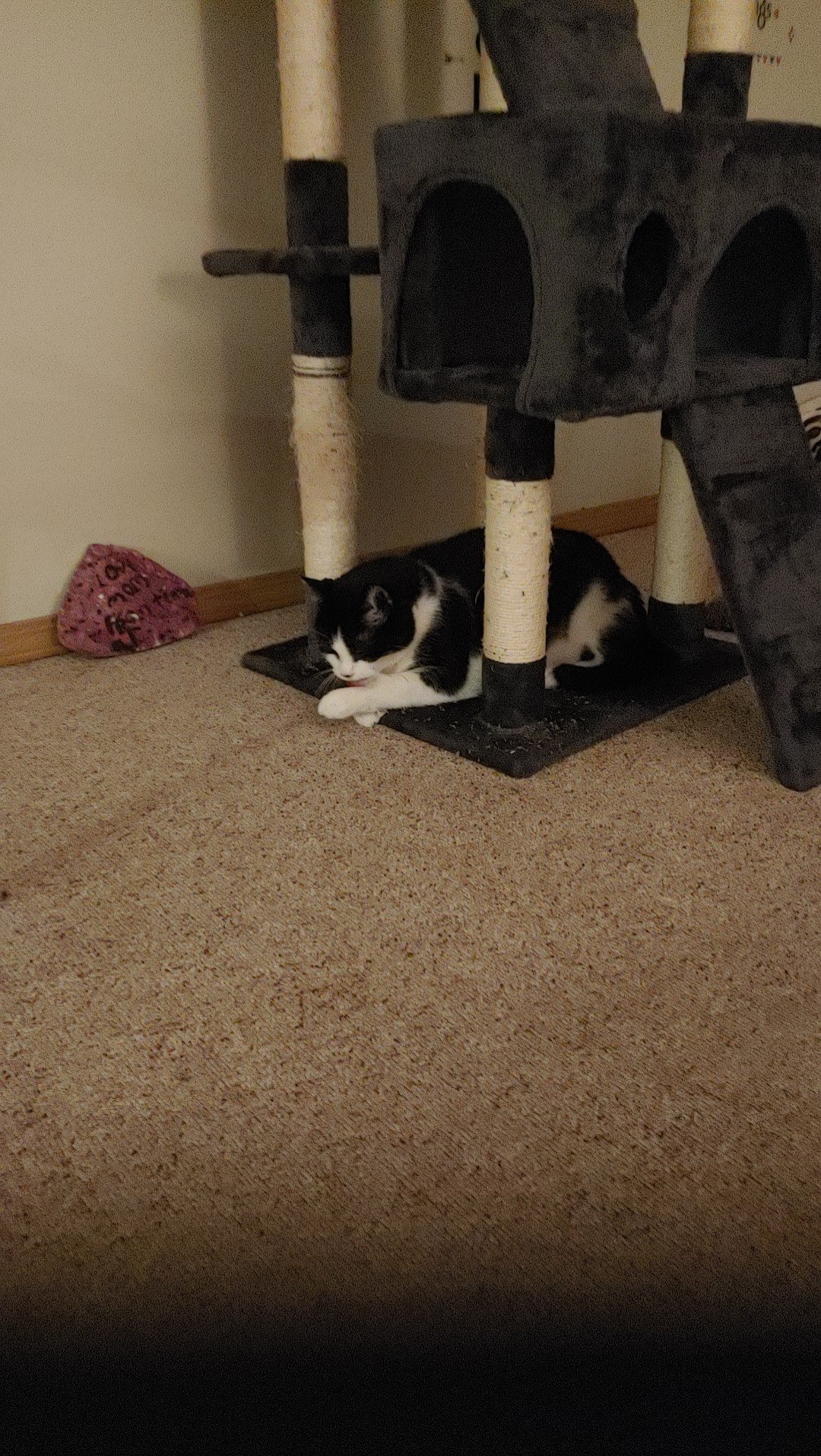 Saturday I noticed that Thomas was so not himself. He was sleeping  a lot. Not eating. I was worried and made a vet appointment. And he was looking really bloated.
I had been going immediately to worse case scenario because if I could wrap my head around that anything else is a walk in the park. Weird? Nope this is how I work. A leftover from days passed that helped me to cope with anxiety in situations where I lack absolute control.
I bought a cat carrier. Rather inexpensive I was thinking that it would cost me an arm and a leg. $34.99 and tax is awesome. Brought it home and made sure that Thomas fit. He did. Continued to monitor him and was going to his rescue more than I was going to Loki’s. With him not feeling well Loki thought he would take advantage. Well he is going to learn. Then yesterday prior to leaving for the vet’s I noticed that he is limping. Oh great. Here is my 6 year old tom who up until recently was racing around the apartment playing.  I thought he would love having a kitten to play with.
Go out and pull car up in front of step so I can put Thomas right into the car. The last time he was in a carrier he almost escaped. But it was an older carrier so the gate did not latch right. Got him in no problem. Locked the cage and picked it up. Ooooof………it had to be him and the weight of the carrier right????? Tommy boy was not a happy camper in the least.  He mrawled as we went up the stairs. In the car. I had to put window up because the sound of vehicles were causing him distress.
Get to vet’s and hop out to read the door. I never thought to ask about protocol when I made appointment. Easy enough. 3 clients at a time. Mask and sanitizer provided and must be used. Back out I go collect Thomas and enter.
This is my first experience of having to wear a mask in an establishment. Yes it took a bit to figure out how to adjust so my glasses did not fog up but whatever. It was only for the time I was inside.  After all the info was giving I went out to sit in the car and wait.
I cried a little.  I messaged the ex and asked that if I had to make that choice could I bring Thomas there for us to bury. He said yes of course.  And had I told Tember yet? Well Tember knew that I was bringing Thomas to the vet’s.  Within moments I received a text from Tember asking questions.  I have included screen shots of our conversation. Please ignore all spelling errors. Tember spells phonetically. I think that is when you spell as it sounds? If not please let me know.
Within ten minutes or so the vet came out and explained to me that Thomas was overweight and had a yeast infection in his ears. I would have to give him ear drops for the next two weeks. And he really needed a dental cleaning but  at  $700-900 cost that will wait until income tax time next year that is for sure.  Relief swelled and I blurted out: So he is just fat????
Vet: Well and has a yeast infection in ears and the dental issues.
Me: But bottom line he is fat. Needs to go on a diet. Everything else is good?
Vet: Blood work is good . His heart and lungs are good. But he is  16lbs  and needs to lose weight.
Me: I am so relieved I thought something was seriously wrong with him.
A flurry of texts went out.  He is just fat!
Today is day two. I soon have to give him his ear drops.  He is still not eating the way he usually does but that is okay.  At least this morning he was sitting looking at me waiting to be fed.
No more grazing for Thomas. Trying to figure out how to feed Loki who has to eat all the time. I put his bowl up in the cat tree. Thomas is a little too fat at the moment to get up there so we should be safe.
©August 14/20
Pictures are my own

A blog in the life of a queer catholic.