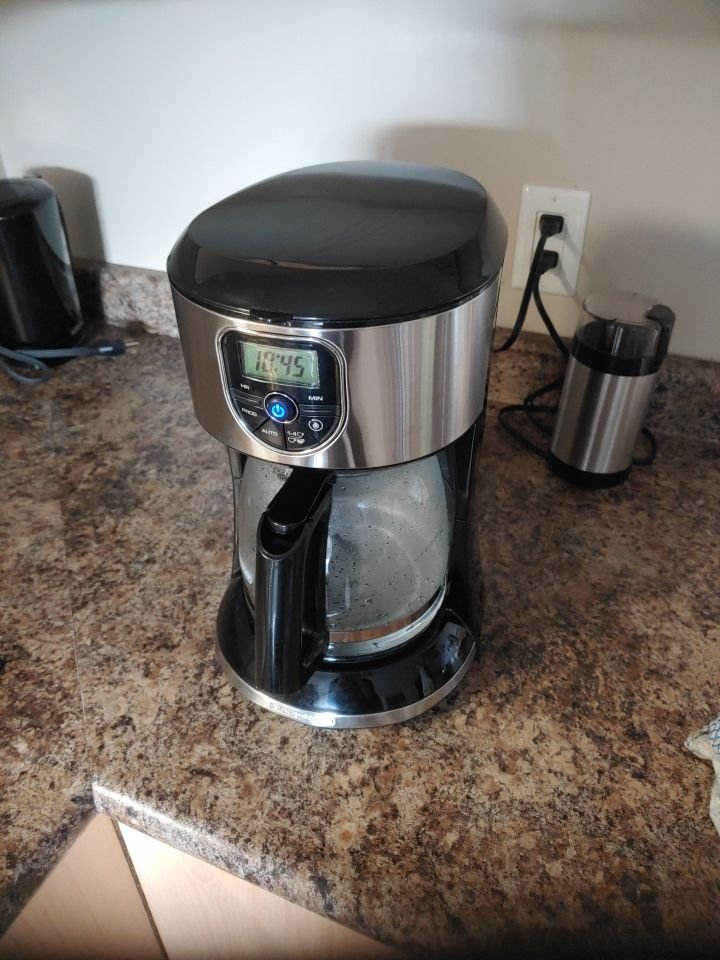 Nothing is better than brewed coffee.
Hot.
Tasty.
Hot.
It is the juice that makes Jay a very civilized person in the morning.
And afternoon.
Rumors of my cutting down have been greatly exaggerated.
Saturday.
January 23/21.
The Day Southern Manitoba has been waiting for.
An easement in the restrictions.
Stores could now open up (25% of normal occupancy or 250 people which ever is lower) and sell anything.
I had planned to be at Walmart for 8 a.m.
Ended up closer to 9.
Initially the whole purpose was to see if I could find a kettle and burner.
Found a kettle for a great price but no burner.
Found the exact same coffee maker I had but for the silver front cover so I took that as well.
Looked at bras.
Ha those need to be tried on for looking at those B cups and then at myself one of them looks way too big and it ain’t me.
Did find my Collagen pills.
Rather Wal-marts brand but it is all the same.
And then I saw them.
Well first I saw a Unicorn Llama.
While standing debating I saw them.
Originally was only going to buy one but had to take two.
The lady behind me in the line up commented on how children like soft stuffies.
Me: I am not going to lie they are both for me.

She did not know how to respond.
They have been named Hocus and Pocus.
Absolutely fits.
Second time that I have used the self-checkouts and while still a little scared of them I am getting better.
Off to Sobeys for a three items.
Romaine.
Strawberries.
Whipping Cream.
Added on:
Watermelon
Lotto tickets.
Popped into Pet Valu.
I was going in to get Loki a little ball to play with.
I left with:
a pack of 3 cat nip balls.
A bed to put on the counter for Thomas to lie on.
A tent bed for either Loki or Lucky to sleep in.
Neither have indicated a like for it but that will change.
When I arrived home I woke T and made him come hang out with me.
He laid on the couch watching me unpack and set things up.
Informed me that it looked as though I had spent a lot of money.
He is great at saving his own money.
Why?
Because everything is connected to my bank account and when he makes purchases on his Xbox I pay for it.
Great thing is I can go into his account and email the amount back to myself.
Maybe that is something I will teach him how to do today.
I swept and vacuumed yesterday.
Which has exacerbated the shoulder.
Which had been exacerbated already with the fall.
So this morning I am chilling on the couch and enjoying my coffee.
Emmie/Emmellia is poking out her head a little more aggressively.
She wants me to tell her story in poems and long form.
Seeing as how I have not written a long story since I was 17 (so 31 years) I do not know where to start.
Also for myself this is a hard write.
There are going to be scenes that I cringe at writing.
Scenes that are going to be cringy to read/to edit.
Scenes that no one wants to think about.
Her story is not a pretty one.
Her story is not a perfect one.
Her story is one that she is adamant must be told.
Eventually I will figure it out but between subject matter and writing again in story length but Emmie is not a patient one.
Well she is.
Emmellia is not.
Have a wonderful Sunday all.
Noon today I am off for a massage.
Back home to couch to relax and nap after.
Decided that I am going to give T an easy day.
No chores.
Other than the litter boxes.
And feeding the cats.
But other than that he has a free day.
©Jan. 24/21
Pictures/Video are my own

10 thoughts on “Let There Be Coffee”