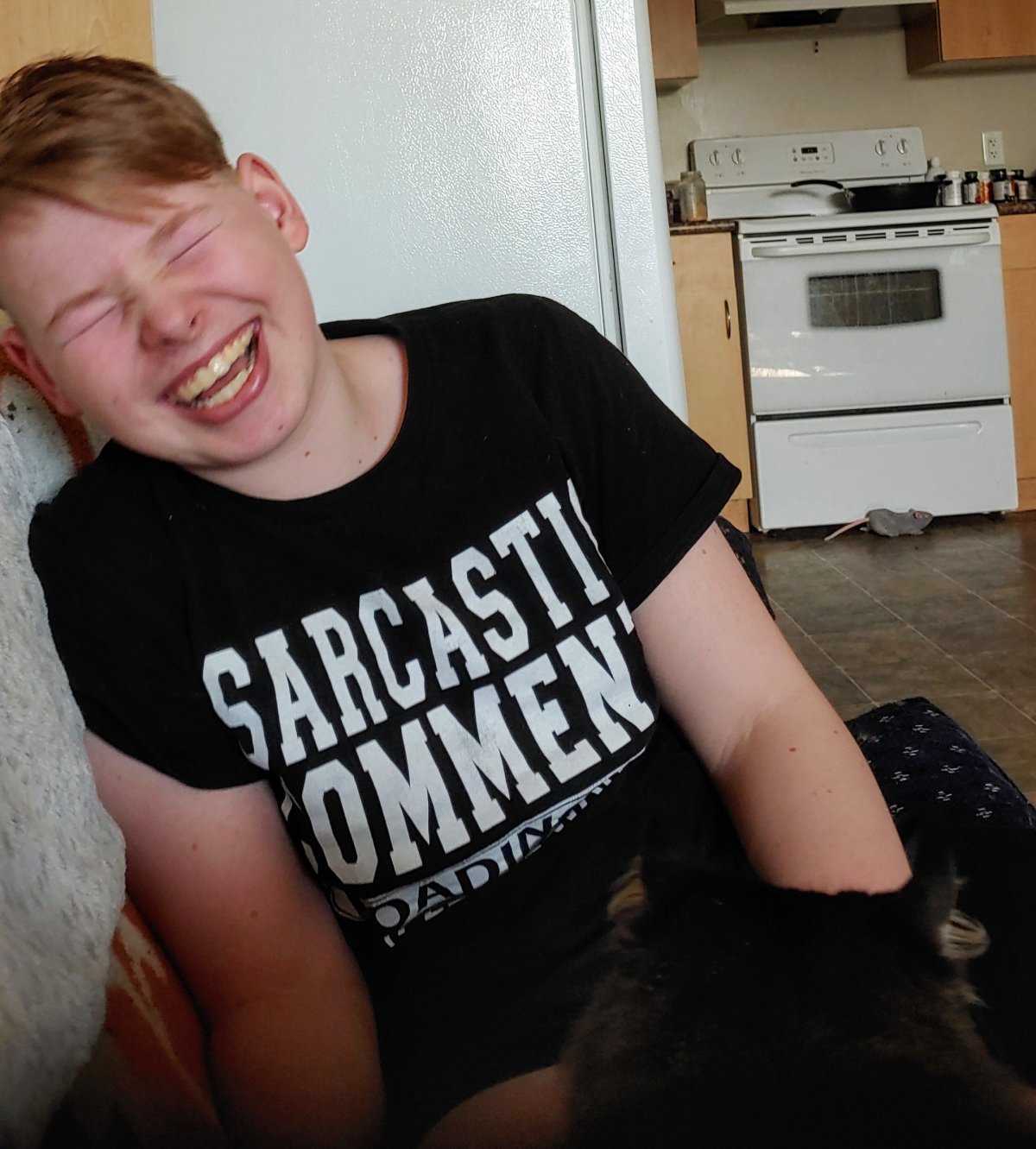 With today being Mother’s Day the ex and T came for lunch bringing with them flowers, a gift card for Amazon and chicken. Yummy is all I can say and am going to spend the gift card after I finish here.

The ex offered to buy my dessert and off T went with him.

I burst out laughing and snorted. Wonder where T gets that one from?

***I asked what had caused him to make that statement and his father could not figure out the lock. On a door that he was the last one through and had not locked. At least he owns his blondeness.