I have been on holidays for an hour and a half.

Music. Coffee. Hash browns. I am in my version of heaven.

Before work. Three hours to go.

Yesterday was my first Covid vaccine.
The Pfizer one which is one of the two I was willing to get based on the reading that I have done.
And so easy.
My appointment was scheduled for 3:50 but you are suppose to arrive 15 minutes early.
I went through 9 people before I was sat down.
Within minutes I was vaccinated.
Early yet.
By 4 p.m. I was on my way home.
The first thing that I noticed is my arm.
The injection site is tender.
Enough so that when I rolled over in the night I woke up.
I had a bath later in the evening and was in bed by 8.
I am not in the throes of being sick.
But I have not had the flu/cold in well over three years.
Last night I had a wee bit of the sniffles and a cough.
You know the type.
The little tickle in the back of your throat?
I have not been coughing a lot but it is there.
This does not even rank as anything to write home about other than my experience thus far.
Everyone is different.
And everyone will react differently.
I am going to spend my day laying on the couch reading and watching tv.
I have started a new book: Chasing  Salome written by Martian Turnbull.
Who also wrote a series about the start of Hollywood and its stars.
Seven books which I have read all of save for #7.
Which I plan to read while on holidays this week.
I love old Hollywood.
So books like these always hook me and I get lost for hours in an era that I was never a part of.
Today is going to be an absolute stay on the couch and move only when necessary.
As in when I heard Thomas make such a mournful cry and thunking noise.
I flew off the couch and into my room.
I thought he was caught between the bedframe and wall.
Nope not there.
I go into T’s room and he is no where to be seen.
Until I looked up. 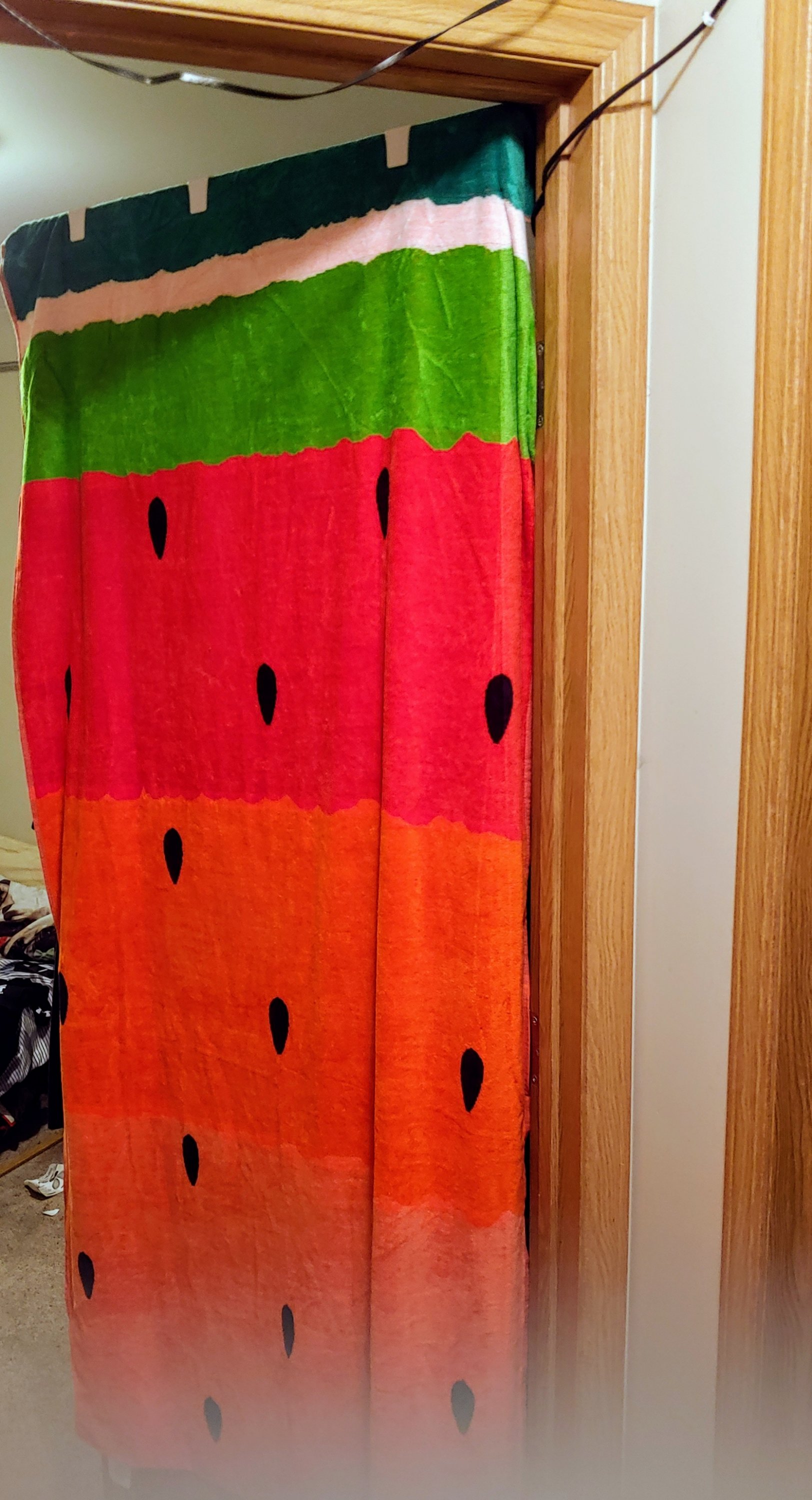 And there he was on the top of T’s door.
How he got up there I do not know.
But he could not get down so I hopped up on the rolling office chair and got him down.
There really never is a dull moment in my household.
©May 23/21
Picture my own
****It would have been mean of me to leave him up there while I took a picture of the door.