***Do not read if you are easily offended. At all. I am going to speak my mind and piss a whole hell of a lot of people off……so if you are one of those people please give this post a pass.***

Ya know I do my best. I smile. I laugh. I reassure. But damn when I hear things coming out of people’s mouths I gotta wonder……when did the lack of common sense…..when did the selfishness of people become so prevalent?

This is not a government conspiracy. This is not a virus we can take lightly. And by god it is not a biochemical weapon. Get your heads out of your ass. The number of people who have died…..regardless of what conspiracy theory you follow…..there is no disputing the deaths. Oh yes I know you are going to argue that all deaths are being classified as Covid-19. I have read the same shit as you. But see…….I can think for myself. And I read. Not one damn news article…..not one damn news segment…..there is no agreement….there is disinformation.

This is a virus that seems to be mutating at a fast pace. Do I know this for fact? Not at all. However and I cannot stress this enough….I do read. And not just one side of the story but all of them. I am intelligent. I know one side is not the only side. There are so many sides you have to read and use your bloody brain. That is why we have one.  Well most of us do anyways.

I am going to say this outright……if you truly believe that shooting up disinfectants is the way to go honey I ain’t gonna stop you. A three year old knows to stay away from that shit. OMG please…….how many brain cells are you short of to believe this is a good idea? I suppose on the other hand it is natural selection at its finest.

Also….the government is not out to ruin the economy. In what world do you think that Provincial (tells you I am Canadian) or States governing bodies went:

Best thing ever. Let’s shut down the entire economy. Let’s destroy our Province/State with ridiculousness. Look this is how we get to steal away everyone’s rights and livelihood. Oh and better yet…….fill in the blank.

I am considered a front liner. Cool. I am not. I am doing my job. I am not a nurse. I am not a doctor. I am serving multiple people who are choosing to put my life and the lives of others at risk. I am not a hero. I am a cashier.

The heroes are those who are doing their damndest to control this disease. The ones who are putting their lives at risk.

Until everyone realizes that we truly are in a fight for our lives this virus will not be eradicated.

Until a vaccine is discovered/created we are all at risk.

Anyone who believes otherwise……well I got a burial plot or two I can sell you.

Picture is my own 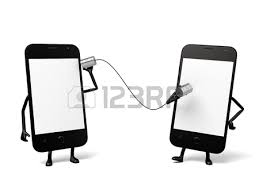 M and me we text each other a lot. One full day of messages cannot be stored and I have the capacity to store 500 messages before they start to delete. Maybe we are a little excessive but our shifts are all over the place and some weeks we can go without laying eyes on one another at all. Despite the fact that we live right next door to one another.

Last week M was having issues with her phone. Not that she doesn’t always have issues with her phone but last week it seemed that her phone was really out to get her. Not receiving messages until hours later. And than just for the hell of it my phone decided to jump in on the fun of screwing with M.

‘Stupid phone! I am just getting your messages and you sent them hours ago!’

Now I am starting to giggle. Sitting in my car in the parking lot at work.

‘What the hell is going on here? Our conversations never make any sense!’

‘Not to anyone else but they do to us.’

By this time, I am weeping I was laughing so hard. And that was when I posed the question: Do you think that it is an electronic conspiracy between our phones to ensure that we look as dumb as possible?

Believe me, my phone has it in for me. When my keyboard use to be set for english/french spelling, I would often send out half english and half french messages that made absolutely no sense. One friend I text, my text read that I had give our boss a disease. Obviously so untrue. Another time, M got a text about gold and cats. So I am certain that my phone loves to embarrass me. I discovered that I could turn off the french on the keyboard and just have english but that has not solved the problem of random corrections or anticipation of what I am writing.

Last night it all came home for me that my phone may have a warped sense of humor like I do. I was typing in ‘we were’ to M and it changed the whole sentence to ‘We are evil’. We are evil, that is what my phone thinks. After that, I decided that my phone was just being mean, and put it to bed.

There is nothing better than autocorrect/auto fill in when you are in a hurry. Unless your phone has its own personality and likes to screw with you. Like mine and M’s do. However this is okay, because it means that our days are filled with a lot of huh? what was that? and laughter which everyone needs anyways. The laughter part, not the evil intents of the phone to make us look like the village idiots that we are.