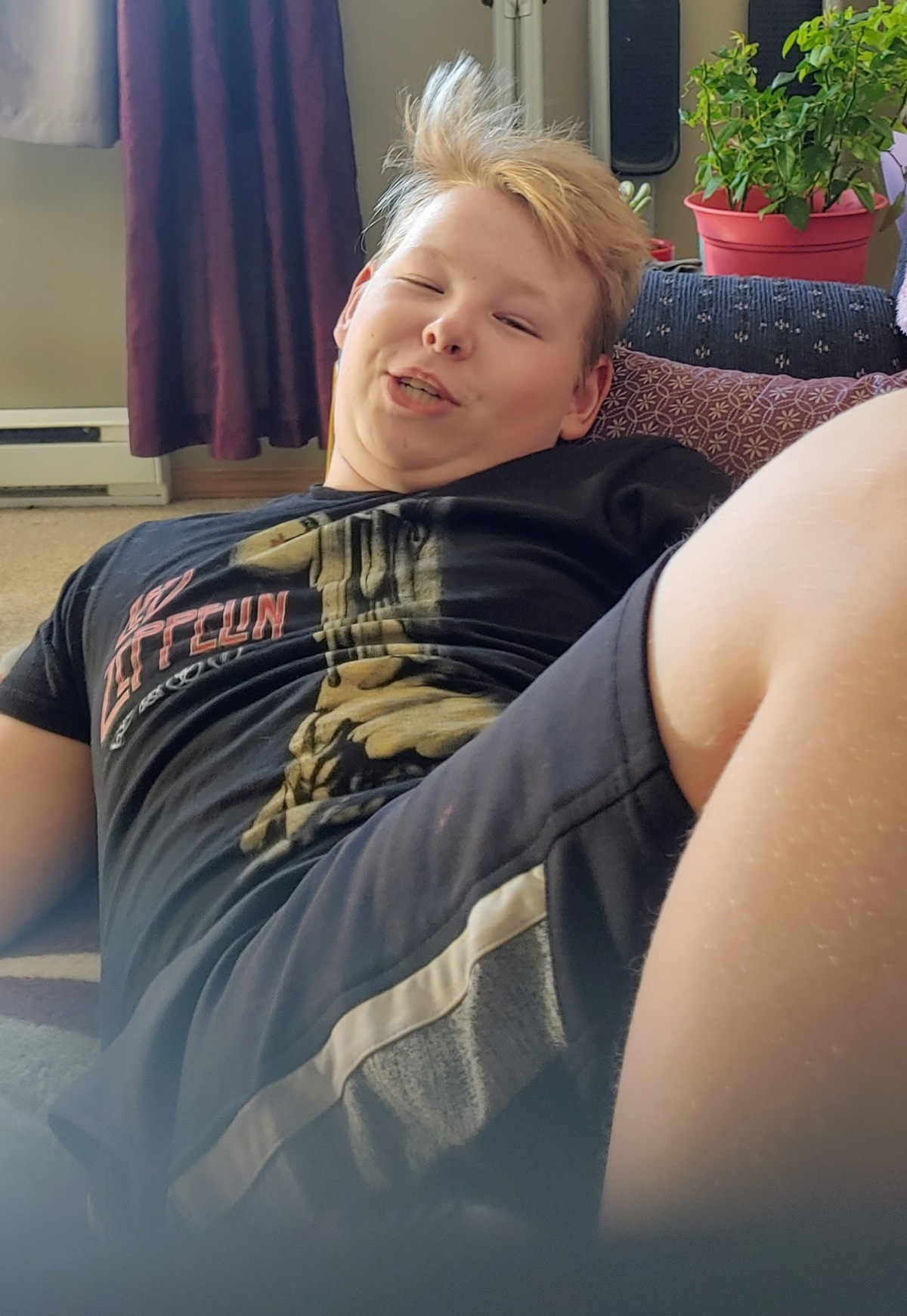 The other day walking home from school Tember pulled a crab apple type looking apple from a tree.
He looked at me and asked if he could eat it.
Aghast I said no.
He wanted to know why not?
Me: Tember do you pick things up off the ground and eat them?
Tember: Yep
Me: What? (Head swivels to stare at him)
Tember: I pick up poop. And oh once it was a dead rat. That one was pretty tasty.
Me: Okay I am going to admit that was a stupid question.
©Sept. 12/20
Picture is mine 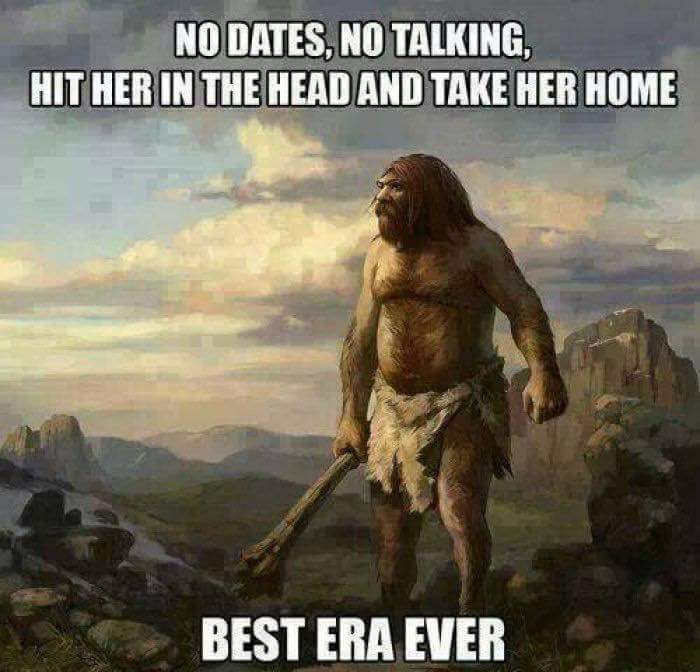 ****Picture stolen from Facebook-Ha ha at least there would be no doubt***
I am not looking for a relationship. At all. I think though that I have had men flirt with me. I never know.
I wear a uniform at work. Black pants. White shirt. Black sweater. Green apron. Runners.   So totally unattractive look.   My hair is usually pinned all up although of late I have been gathering just the top back.   And I am paid to talk to people. All day long. I am paid to know my regulars and what is going on in their lives. I am paid to smile. A lot. And talk, did I mention the talk?
My first instance of what may have been a man flirting with me occurred last summer. I was cashiering and this very nice man came through my checkout. Rugged. Tall. Wearing jeans and tee shirt. Baseball cap. We were joking around and laughing. I embarrassed myself by guessing he was older than he was. His response was ‘oh you must like the older men’. I was horrified. I could feel the heat in my cheeks. He told me not to go all red now-which made me blush even harder.
Once he had left and my little heart stopped doing the pitter patter I was told that laughing and joking around was indicative of flirting. Than I looked in the mirror. Black streaks. Across my forehead and cheeks. Newsprint on my hand transferred to my face. I was going to start a new make up trend. I figured the guy probably was laughing at me and well I am a cashier.
The second incident happened a couple weeks ago. Again nice looking guy. Rugged. Etc etc. Read above. With his son. I figured he was married. Working express (15 items or less) does not leave much time for detective work.  We were laughing when ‘that’ parent joke came up. I asked if he would like carry out and he indicated his son saying ‘I brought  my carry out with me.’ I began laughing and told him how my son complained that I treated him like a slave. How he did not remember signing up to be my slave. Of course he did, when I signed his birth certificate. Until 18.
His son rolled  his eyes as dad loaded him up with bags. This time no black streaks. Nothing in my teeth. But he had to be married even if there was no ring. Again, and I can’t emphasize this enough as a cashier I am friendly. I talk to people and laugh with them.
I told K about him. Explained what had gone down. The message I received back was she knew I was flirt dumb. (Much nicer than flirt stupid) Generally if there was laughing, if eye contact was maintained for longer than a 5 second count one was flirting . Again I may have missed the boat.
I would like to reiterate I do not want a relationship but male company every now and than would be nice. You know for the moments when I can’t get the lid off the spaghetti sauce. Or I need my shower head changed. Those things. 😂😂😂😂
Third flirt I believe happened today.
2nd last customer of my shift. Rolls up with a cart load of groceries. Told me I did not have to fly through his order he would come and help me bag. I assured him I did not mind bagging as he is hurrying to pile his groceries on the belt. He comes up and we begin chatting. The cashier from the till behind me was doing the bagging. I mentioned that I was just about off and he teased me that he had seen my face fall when he rolled up with his cart. I insisted I had not.  We joked back and forth and as I got to the end of his order one of our already rubbed chickens came through. Honey Sriracha. I asked how it was, if it was really spicy. He said that his kids loved it and they would not if it was spicy. I made some comment about T.
I am fairly confident that this last one was flirting. I cannot be 100% sure. And given that my job is serving people and talking to them I may come across as just being friendly. Also and here is the big one I am at work!  Next big thing is I live in a city where marriage and committed relationships are the norm. I am the anomyly.
Flirt stupid I am and flirt stupid I will remain. As the saying goes: you can’t teach an old dog new tricks. 🐶🐶   😂😂