Despite all my gripping about my ex we really are good friends.
We co-parent well for  the most part.
I do the raising he does the  playing lol.
Turns out that I need to thank his girlfriend for getting him to agree that I could get T immunized.
That is one mystery solved.
I was up early as usual and watered my plants outside before I settled in to read my emails (I have said it before but I get emails that notify me of blog posts on those blogs I follow) and coffee.
I watched the skies seeing clouds and getting a little bummed but by 9:30 I was out in the sun sitting and reading. 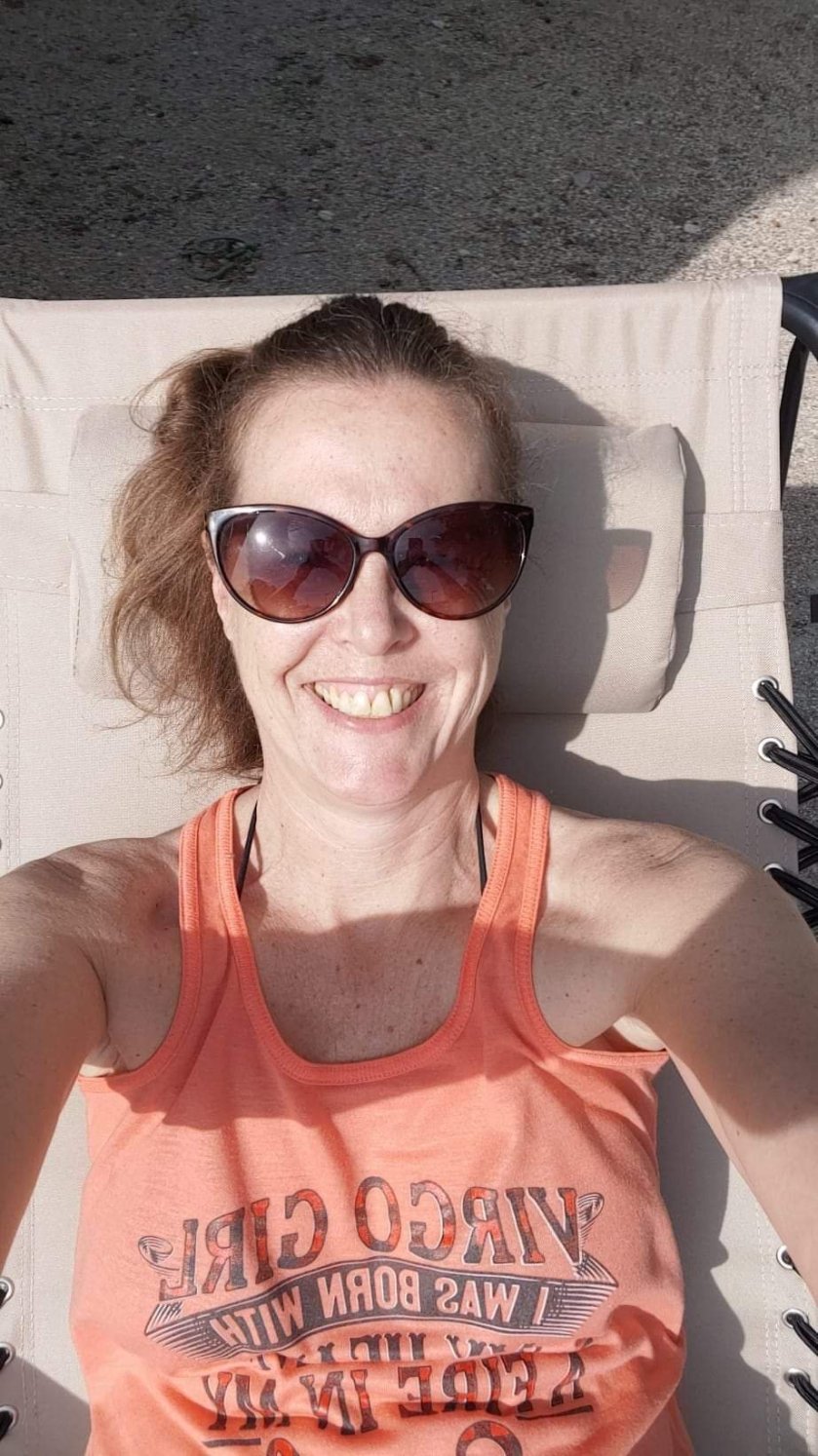 I am reading a free download called The Vegas Rift by David F. Gray.
It was listed under horror but sounded more fantasy/sci fi and intrigued me.
How there is a passage between our world and another that is a warped version of Vegas.
I started to read and the first bit was a bit of a struggle to get through.
I understood that the beginning was building up to the whole of it but until he reaches the end of the bridge having thus crossed the rift and he encounters people that I saw there was more to it and I needed to give it a little more time.
He being Sam Carr.
Smartass.
Compassionate.
His younger brother whom he has gone to Vegas with had disappeared and he was/is determined to find him.
There are beautiful people.
There are illusions that cloak the reality that something was feeding off the souls of the others in the cavern.
The story has many twists and turns.
There is a beast that Sam releases.
I found myself at one point during their escape where I was holding my breath one hand pressed to my stomach as I wondered if in fact he was going to be successful.
I am still not finished.
Have approximately 40% of the book left to read.
Right now this novel is a solid 4 stars from me.
It could well be 5 stars I will keep you posted.
Around 1 the ex stopped by and convinced me to come to his place.
He has a redneck pool and I could spend more time with T.
Packed up the car with my fake wine, the watermelon I had purchased for him, some pop, two water bottles and my chair with kindle.
Laid on the floatie for a bit in the pool and then returned to sit in the sun.
And read.

We had a lot of conversations.
Different ones.
He still likes to hear himself talk and at one point I screamed at him to shut up as I was still talking.
Screamed is accurate as I recall it.
Think I startled him because he shut his mouth.
And T told him to stop being so rude.
They made roll kucken which is dough deep fried.
Not sweet.
Eaten with watermelon.
Also cheese sausages and salad for dinner.
It was a good day.
After getting home we were hit with a rain/thunderstorm.
The videos say it all.
Today I am working 12-6:30.
Not keen on the Sunday working but it is only one every 8 weeks so I cannot complain.
And I am off at 1:30 Thursday back on Monday.
I mean seriously that pretty much rocks.
Have a wonderful Sunday everyone.
©June 6/21
Pictures/videos my own 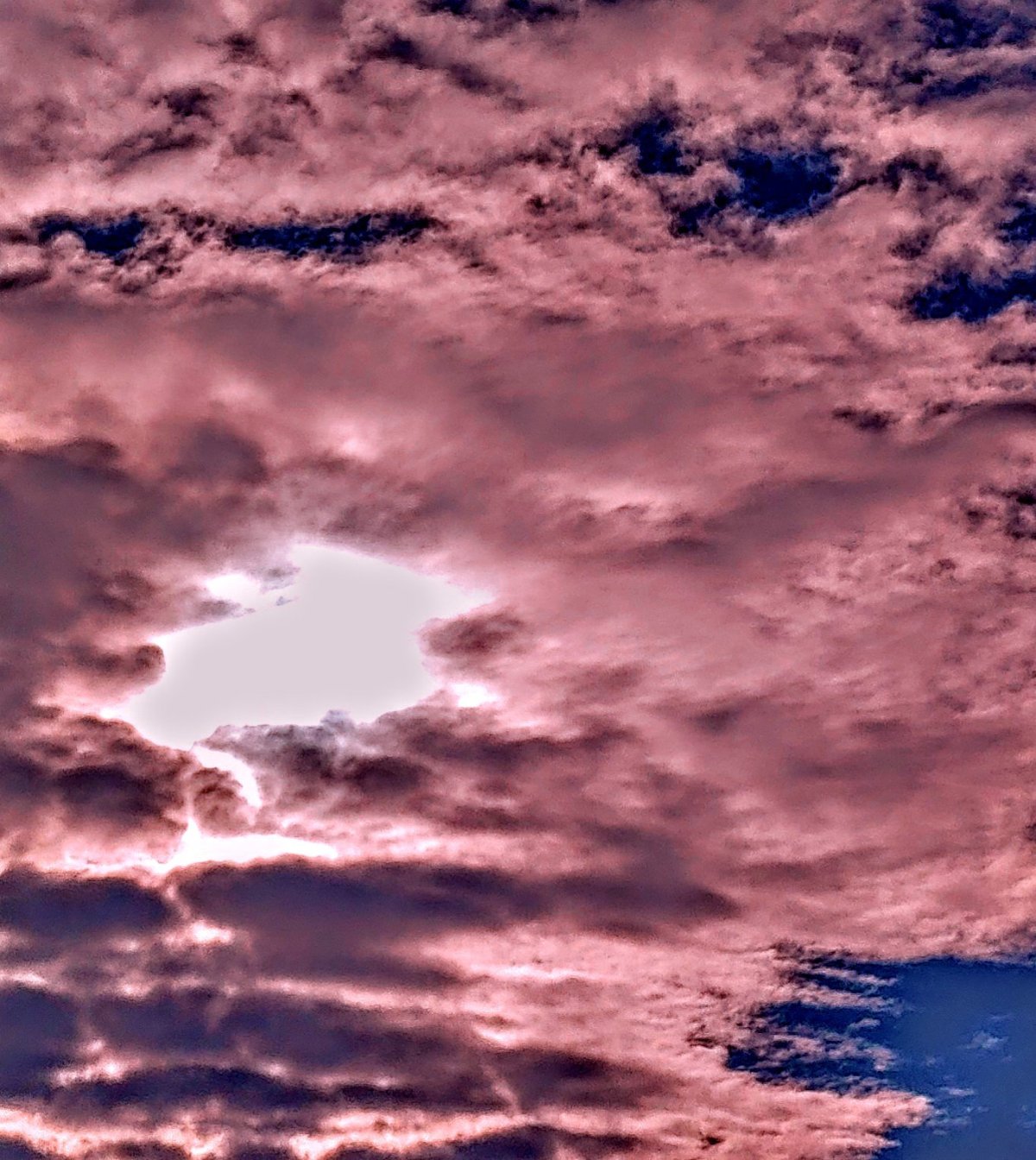 Caught
pleasant slumber
twixt
night’s deep sleep
day’s gentle arising
sun cresting
hand reaching
fingers entwining.
Pulled closer
tuck head
curl in tight
listening
gentle rhythm of heart beat
ringing in ear
do you know
how much I treasure
how much I need
this warmth
this care?
I need no one
words spoken
independence;
my truth
my way
my reality.
Time will come
when a hand in mine
arms around
will not be remiss.
A remembrance
alone I am not
there is love
there is warmth
there is support
always here.
Vulnerability
not my natural state
learning I am
not everyone will abuse
the gentleness
the sweetness
that still exists
deep within.
©May 13/21
Picture is my own

A blog in the life of a queer catholic.