The other day K was telling me about a customer that she had.
She was trying to describe him to me and I flashed on who I thought it was…..
the sealing note was that he still carries a fanny pack.
I know exactly who he is.
And he is an absolute jerk.
Entitled.
Thinks because he talks to someone once that if he throws the name around everyone will fall to his feet and do what he wants.
He went back and forth with her over some incredibly stupid things so much so that she finally had to throw out our boss boss’ name to shut him up.
He is going through express and taking his time not only in unloading his groceries but in repacking them.
As the line grows and grows behind him.
Yeah he is that guy.
I had been paged to CS to help a customer.
As I got closer I groaned internally.
I know this customer.
And I do not like serving her.
She is never nice.
She is always rude.
And yes there is a difference.
With her is her daughter.
About 12ish.
Our health order at the moment requests that only one member per household enter the store to do the shopping.
Other than in some exceptions.
Minor children that accompany their parents.
***By minor we mean those that cannot be left alone.
Adults requiring aid or with a care giver.
It is not followed but we have to do our due diligence in reminding customers as they come in.
Not everyone is able to remind people of things without it sounding like they are barking at you.
Yesterday our cart cleaner was one of those people.
He is shy and being pushed out of his comfort zone in a huge way being made to work 8 hours in the lobby.
I will say the difference from when I hired him to now is huge but it is still not his comfort.
When he talks he can sound like he is barking and all one needs to do is to remind him how to modulate his voice and give him a little script to follow.
When people are uncomfortable I try to give them a little something to follow.
“Good morning/afternoon folks. Just a reminder that public health order does request only one member per household. Have a nice day.”
Something simple like that.
I digress though.
I arrive at the CS desk and smile at her asking how I can help.
When she goes off on a litany of complaints about how he had spoken to her.
And her daughter was a minor.
Was he going to hassle customers with babies and tell them to leave the car seat outside.
On and on she ranted not even letting me get a word in edgewise.
When she finally wound down I was able to speak.
‘M’am I am sorry but we are required to remind customers as they come in.’
‘That is so ridiculous.’
Now this daughter standing next to her is looking bored like a teenager does.
I also know that she has remained in the car on many an occasion or else this woman has lied to me a lot.
The old I left my child in the car I am in a hurry one.
I said nothing though.
Once she wound right down I told her that I would let my boss know.
And off she stormed.
I turned around and K was right behind me.
Me: Ha I am leaving this one in your capable hands.
K: What was that about?
Me: She was upset with J reminding her about the health order. (leaning in so no one can hear me through my mask despite the two of us being the only two around) She is a c***.  I am sorry you know I do not use that lightly but she is never happy. Always complains. Goes through the till without a smile. I cannot stand serving her.
K: Oh that is it she was here complaining a couple of days ago. I will go talk to the boss.
I was pulling my orders and she saw me walking the floor.
Waiting to see if she is going to complain that I did not tell the boss about her complaint.
Would so love to see her face when she is informed that I did tell my boss.
And she went to the boss boss with it.
The way things work.
And that is just two of them.
Two customers now in our sights.
I will point out K’s customer to other cashiers.
K will do the same with mine.
Never mind all the customers that are on other cashiers hit list.
You laugh.
It is true though.
Your behaviour towards the cashier you are dealing with will reflect how upcoming service is.
Be an ass and let me tell you while we do not have an FBI’s Most Wanted board we all have nicknames and ways to tell who you are.
And when you are in the store.
The word flows from one to the other.
When you come through our till next time see how much different the service is between yourself and the customer before or behind you.
While you get the bare bones we bend over backwards for the next one.
And you cannot complain because we have done our job with you.
You just got hit.
It pays to be nice to your service person wherever you are.
Whether you are in a restaurant or at the gas station or grocery store.
It costs you nothing and will reap you benefits you never thought possible.
Smile-The Cashier Mafia is watching you. 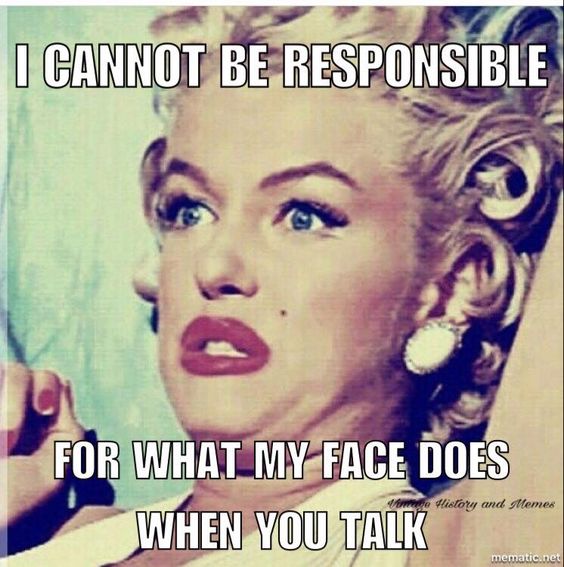 It is not often that I allow a customer to get under my skin.
I no longer take things personally.
Yes I might get a little annoyed such as when I had a customer swear at me.
Or who snapped at me with regards to my asking for about making a donation.
By the way I saw that customer yesterday and he would not even look at me.
Pretended not to see me as he passed by.
But I digress.
Yesterday was my first shift in Customer Service since March.
I only made two huge gaffes trying to charge two separate customers 100’s for their lotto.
When we enter in a quantity for the lotto tickets it is 1,2,3 etc.
I entered 400 once instead of 4 and 100 instead of 1.
Shook my head on those two.
It was a really good day.
11-7:30.
Weird shift let me tell you.
Despite being slow my day whizzed by.
I am finishing up emptying the pouches when a customer approaches with his bag.
He has two beautiful roasts.
Both in the $50-55 range.
I am cringing inside thinking that he purchased them by mistake and was returning them.
Which meant we would have to throw them out.
But no that was not it.
A couple of weeks ago we had a special on these roasts for $8.80/kg ($3.99/lb) and he had had a rain check.
When he went through the till his cashier was one of our newer girls and instead of calling for help she entered in each roast as $8.80.
That is right $8.80 per roast.
Great I am thinking that he is coming back so that I can correct the error.
I thank him and tell him that I can help him.
I can return the first amount and weigh them at the correct price.
No.
That is not why he had come back in.
He had come in as a courtesy.
He really did not need to have come back in at all.
I am standing there staring at him not quite able to comprehend.
Not because I did not understand but the fact that he is arguing that because he did not have to come back in and let us know of this error.
In his head it equated to getting his roasts for the wrong price.
Even when I said human error does occur he disregarded that.
Making himself out to be the saint coming back in and pointing this error out to me.
Finally I had enough.
Staring directly into his eyes voice lightly laced with sarcasm I said:
Sir if you feel that it is right to take them at that price than by all means take them.
Really I can do that?
If you feel that it is right to take them for the wrong price than yes.
Okay thank you.
Tight smile from me.
I can go home and sleep well tonight. Not feel guilty for not coming in and telling you.
No sir you came back in looking for absolution.
And sir while you think that I gave it to you I did not.
Nor did the customer behind you think very highly of you.
You are a thief.
Pure and simple.
You knew at the till the amount was wrong.
You knew when you went outside that it was wrong.
You knew coming back in that you should pay the correct price.
When I said if you felt that that was right to take them at that price I was not giving you permission.
When I wished you a good weekend I did not mean it.
What I was doing in my head was hurling curses at your smug asshat face.
Already thinking about writing this episode up.
For my blog.
Putting your asshattery out there for all and Karma to read.
I was livid.
So livid that when I spoke of it to my supervisor I swore.
I swore!
It has been a long long long time since that has happened.
I do not swear at work.
I may say damn/hell/shit but never ever do I use the word ‘fuck’.
A little of my aggravation bled through at home.
Discovered that Tember’s idea of cleaning the litter box and mine are two different things.
First he was just putting the cat litter into the genie without looking to see if there was a bag.
🤦🤦🤦🤦🤦
Ugh.
So get a garbage bag and give it to Tember to clean up.
Next thing I know he is hollering.
He had not opened the garbage bag so everything was just sitting on top.
I lost my temper slightly.
I did not yell.
But I let him know that I was not impressed.
Like the customer he tried to make me give him absolution for doing a crappy job. (No pun intended)
I did not.
He is going to be cleaning the litter boxes today.
As in scrubbed with cleaner.
And he agreed quite readily to this last night.
Like the customer he knew.
I am writing this on the couch Saturday morning with my coffee and my Thomas cuddling at my side.
When he purrs he rumbles against me.
Yesterday’s annoyances are just that yesterday’s.
Today is whole new day.
Have a wonderful Saturday loves.
©Oct. 3/20
Picture via Pinterest