T left for school this morning and when I came back down the stairs he had left all the lights on. The toaster was left out on the counter. It amazes me that he has no clue how things get put back into their proper space. I swear he thinks that it is magic.

When I got home from work he was flaked out on his bed. I walked into his bedroom and smiled down at him. He looks at me and says hello then asks me if I could figure out the word. That ‘A’ just did not work.

He shows me the board and the letters are L_RIC.

Lyric I said without hesitation.

He put the ‘Y’ in there and it worked. Under his breath he muttered ‘of course you got it right!’

I looked at him and smiled. That is my thing I said to him. What was he playing you might wonder. Wordle. I have to admit that I am impressed.

Recently T and me had a conversation about his incessant need to be right.
All the time.
Now I do not have to always be right but I will find out the answer so I know it for next time.
I also will look it up to prove that I am right.
Oh dear.
Huh now it is beginning to make sense.
Anyhow now that this discovery has been made let us continue with his need to argue with me.
He will insist even when presented with irrefutable evidence that he is right and I and the entire world is wrong.
Me: You know despite the fact you know the sky is blue you would argue with me that it is green just because you don’t want to be wrong.
T: Sounds like something I would do.
Yesterday we had to go to the city for an eye appointment.
Which meant I had to drive.
Which meant I spent 45 minutes to the city and 45 minutes home hearing:
Mother. Slow down Mother. Mother.
I hate when he calls me mother.
It is not only the word.
It is the tone the word is laced with.
Friday the Ex picked T up and they went to do some work at his place.
I misread the early morning text and thought they were cutting wood and working on T’s shack.
I received a text about selling T into slavery.
I choked with laughter when I read it as I was standing in line at work.
But not before a small guffaw escaped me causing others to look over.

Went to pick him up for 6.
When it is dark.
When we got to the highway I realized all I could see were blobs of light.
I could not tell how far away the vehicles were.
T had to tell me.
All the way home I was lectured about my driving.
It was windy and I have a  wee car. 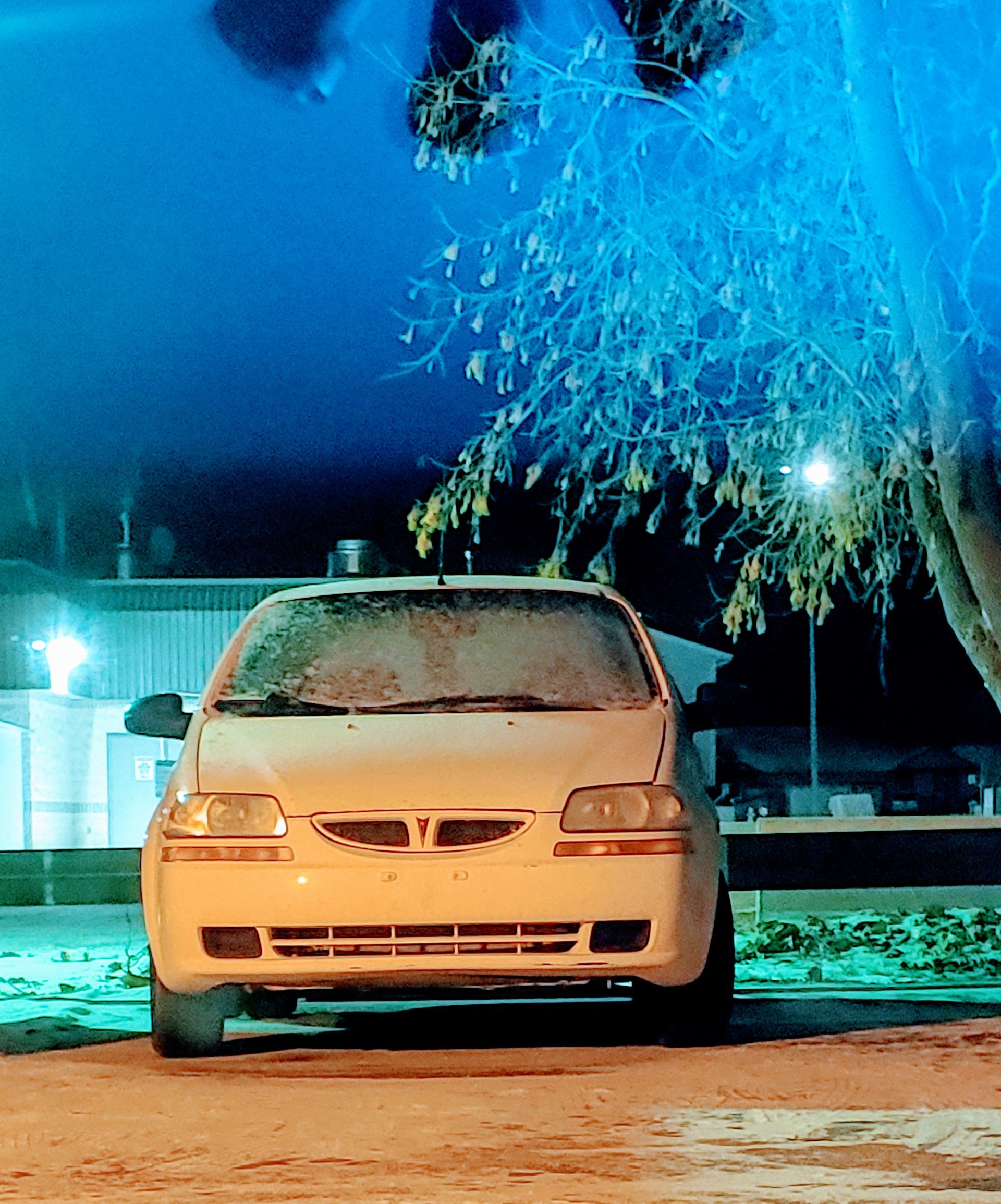 And the asshole behind me was up my rear.
I hunched forward and down.
T put his hand up to keep light from shining in rear view mirror.
Either the guy behind me was a real asswipe or T gave him the finger.
Rode my ass all the to two lane.
Despite the fact that he could have easily pass me.
Fast forward to yesterday.
We are driving along and a song I love comes on the radio.
I begin to sing along.
For reasons I cannot explain I know the words.
But they will not come out of my mouth in the right order.
So I am singing a mashed up version.
To which T tells me to please stop I was embarrassing myself.
The way I take to the city is two laned until we leave Mitchell.
I am in the lane that is ending.
I am looking at T and telling him to be quiet.
We were laughing.
When I looked back I was about to run into the ditch.
Switched lanes rapidly.
Me: You would have let us go into the ditch to prove to me that my driving is bad.
T: Yep that sounds like me.
My abs hurt we were laughing so hard.
Got to the city and were shocked by the amount of people that we saw out.
T and myself hit the optometrist’s office and have our appointments.
With T she said she did not think he needed glasses this year but we would see in a year.
Me?
It is not a wonder that I am unable to discern distances.
My right eye is now weaker than my left.
So much so that she did not even give me my prescription at full strength for the right eye as there is concern that I would not be able to adjust well.
That is how much of a change there is.
I knew that something had changed but it only became really noticeable within the last two weeks.
I now have to go back.
Make an appointment to get my glasses and contacts.
They have a great deal on as always.
And with the exception of the year I got my glasses in Mexico I have been using Pearle Vision for the last 10 years or so.
But at least I will be able to see.
And there will be no more ‘Mother!’
T: I did not try very hard on the test mom.
Me: What test?
T: The one where she asked if one is better than the other or the same.
Me: That is not a test that is to determine if you need glasses.
T: Well they are all the same. It was boring.
Me: OMG no wonder she said you did not need glasses this year.
I am still chuckling
I made the mistake of telling him to quit pushing on his imaginary brake.
He was most confused and demanded that I explain what I meant.
I had seen him flexing his wrist.
Not pushing down his foot.
Now though he is riding that brake and making me nervous.
©Nov. 29/20
Pictures are my own