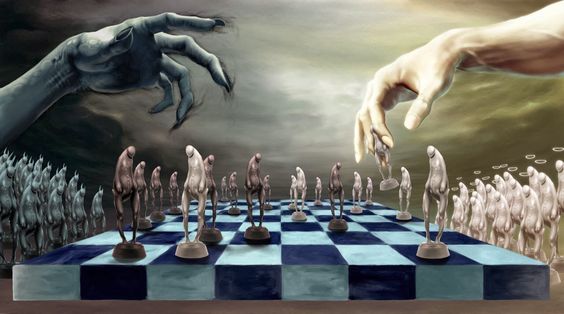 I do not believe in god.
I do not believe that there is a superior being residing in the sky watching over mankind determining all their fates.
I do not believe that pastors, priests, all those who say that they have been touched by the hand of god.
If this were the case there would be a lot more kindness and humanity than what we see today.
I do not believe in god but I do believe in Satan because I can see evidence of his work everywhere.
I see it when politicians espouse division.
I see it when white people try to change the face of history because it paints them in a negative light.
I see it in a group of people who just determined that a woman did not have the right to her own body.
I see it in groups like the NRA that value guns over  the lives of children.
I see it in people like the politicians of Texas who turn on one another now like vicious wolverines to see who is going to survive this massive clusterfuck that they themselves have created regarding the Uvalde shooting.
I see it when  one group of politicians spend more time trying to gaslight their constituents regarding events that have taken place then they do in the actual job they were elected to do.
I see it in loud mouthed individuals who breath fake fire and are no more than little grasshoppers who have puffed up their importance and may find the winter coming cold and lean.
Were I a betting woman I would say that Hell already exists as a place on earth.
That Satan is in fact not one large red demon cracking the whip over the hordes.
He is each little segment of mankind that is evil.
Each tiny vicious thought.
Each vile threat.
Each little dirty piece that soils mankind’s soul, that is the essence of Satan settling in and taking up residence in the hearts and minds.
I find it very interesting that those who espouse that they are doing the work of god really are not.
They hoard wealth.
They crave power.
They twist and turn words written in a fairy tale book and use that to control millions of people worldwide.
And they are allowed to.
There is no god people.
But Satan is large as life and I watch the existence of his works daily.
Plays out across the headlines I get for the news.
Plays out across the news I see on t.v.
Plays out when people with reptilian brains are given more power and money than is good for them.
Plays out every second, of every hour, of every day, of every week, of every year.
But not every millennium.
Only in this enlightened era has Satan been able to so firmly set his hoofed feet and claw like hands into the people of the world.
On the giant chessboard of the world Satan has littered it with his people.
This God all look for is nowhere to be found.
I do not believe in god.
But I do see Satan every time I see evil take place and no one does a thing to stop it.
©July 3/22
Picture via Pinterest 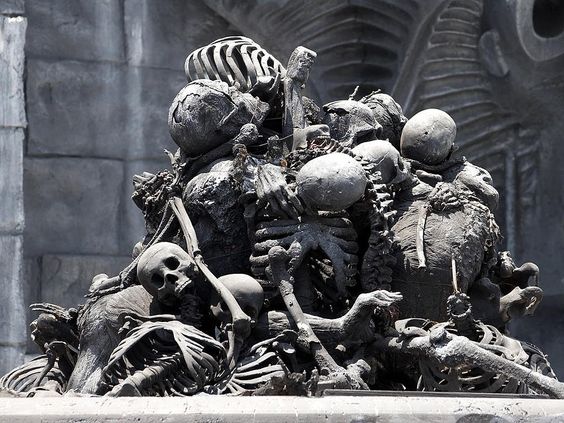 Beep..
beep…
beep…..
………..
each breath
a struggle
a chime rings
another death
life gone
all for ignorance
all for a dance on the dime
all for a laugh in the face
for you know best
even while all around
others do succumb.
Walk bare faced
so all can see
appalling selfishness
desirous of wants
needs
sufficient for self only
never mind those
who we must show care for
if they provide not for me
why should I care
why should I provide for thee?
Hold my hand
praise the lord
for my words are always right
he whispers into my ear
telling me it is okay
to disobey
to ignore
things that are put in place
to protect
to help
to contain
flaunt I shall
all the rules
to keep wicked death at bay
I shall dance
upon empty streets
savoring in your final defeat.
The Devil is the one
they all cry
even as they use the bible to defend
their holy war
against science
against humanity
against anything
that does not allow these weeping
sobbing men
to play the games they have always played
to drown the earth in culpable lies
whilst they pray
upon bended knee
believing
their whispers are heard on high.
In truth
demons below
gorge upon their souls
a feast fit
for the King of all Evil
as they fall
down
down
down
unto the fiery pits of hell
there to burn
for eternal damnation
even as they cry
their piety
their faith
puts them above the seething human masses…..
they forgot
they neglect
the truth that there is…..
Care for one another.
Love one another.
Accept your neighbor as yourself.
Accept the differences that make this world go round.
Or no?
God touches the innocent
not the condemned
so those who spout death
through inaction
will one day have to pay the price
these words
they rail
tearing the fabric
using desperation and lies
allowing death to march through communities unimpeded…..
one
two
three
as far as the eye can see
casket after casket
waiting for the flames
for no longer can the dead be buried
all the land is filled.
And we stand
upon heaped bodies
directing blinded views
yet they stand
still so convicted in their beliefs
they are right
the world is wrong
so they shall play judge jury and executioner
solely with their failure
to wear a mask.
©April 24/21
Picture via Pinterest
https://pixabay.com/photos/bone-pile-skull-frame-skeletons-3614/