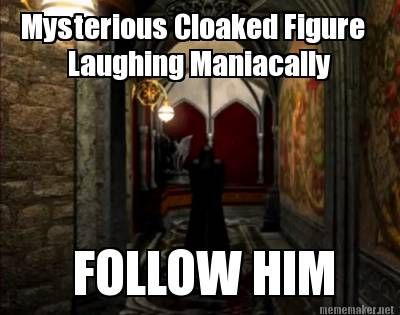 Last weekend I found out that season 2 of Nancy Drew was on Prime. I was delighted and promptly settled in for the evening.

I sat here and once more was sucked into the story of Nancy Drew, her dad and her birth father. Who her birth mother was. How they were dealing with a supernatural element. It had me glued to the t.v.

Even when I know that there is a scene coming up that is going to scare me I still scream bloody murder. And then I had to go to the bathroom but there was this intense scene coming. Yes I am fully aware that I could have paused it but I am a weird one.

And I covered my eyes. After going into the bathroom I went into T’s room and asked if he wanted to come and watch with me.

T: Mom no. You are just weird. Who stands there telling themselves that they are going to be scared and still gets scared? The neighbors are going to think that you are a strange one.

Several times too T has scared me without meaning to. By appearing in places that he should not be. Like standing in his doorway when I am going into wake him. Coming up behind me when last I saw he was sleeping.

And every time I scream. Then laugh. I do so love to be scared.

Back in October I wrote a post called Night Fright.
About how I had been scaring myself.
You know how everyone says that cats are able to sense spirits?
That they are so preceptive that they can see things on a spectrum that we cannot see?
Yes well draw your chair closer to the fire for a Christmas Tail.
The week of Christmas Loki became very clingy.
I would be sitting watching t.v. or playing games and suddenly he would come flying over climb up on me and hug me.
His eyes would close and he would purr.
After a bit he would get down and wander off.
I was sitting on the couch when Loki let out a squawk and came flying over to me.
He climbed up onto my lap, stretched across me one paw on me right shoulder and his left paw clinging to my sweater.
I look down at him.
His eyes begin moving around.

His eyes zig zag up down.
Down up.
I am watching this a feeling growing in my stomach.
Loki’s head is swiveling and his eyes are getting wider and wider.
Suddenly he turns his head looking right behind my head.
I thought I felt something poke my hair.
I screamed blue murder.

Loki flew off my lap.
I start to laugh.
T asked me if I was ok.
Gasping with laughter I told him what I had done to myself.
Last week I was sitting on the couch eating my dinner.
The cats were watching me, waiting to see if I was going to drop anything for them to dive in on.
Loki is sitting on the floor.
Lucky is on the back of the couch.
Suddenly something soft brushes against my neck causing me to bolt upright and scream.

It was Thomas.
He had decided to sit on the armrest of the couch behind my head.
I am not allowed to read horror now when T is not at home.
He is still deciding on when he is home lol
Apparently my shrieking suddenly causes his heart to skip a beat or two.
©Jan. 4/22
Pictures via Pinterest
https://twitter.com/SimonsCat/status/1321077231368753153

A site to know about the life of a sub who sometimes likes to switch his role... and many more things....